In today’s culture, we believe that happiness comes from a lack of conflict.  We are happy when we are employed and can support our families.   We are happy when we have enough money in the bank and insurance to take care of all possible needs.  Our favorite government program is Social Security which we hope will give us happiness when we grow old.  But before recent generations, people did not live secure lives.  They experienced great difficulty and hardship.  They had many life-threatening problems.  Happiness for them was not about living secure lives.  They would not know what that meant.  For our ancestors, happiness was the result of overcoming obstacles to life.  Let me tell you a story about the need to overcome obstacles.

There was once a young boy raising silkworms.  He kept them in a shoebox and he watched as the worms covered cardboard cutouts in the box with newly made silk.  Then one day the silkworms began spinning a silk cocoon for themselves. And then one day the little boy watched as butterflies began to emerge from the cocoons.  He was concerned that the butterflies were having great difficulty getting out of the cocoons, and he wanted to help them.  So he asked his mother if it was ok to help the butterflies exit their cocoons.  She told him to help two butterflies exit, but to leave the others alone.  So the little boy helped two of the butterflies escape their cocoons.  As he watched what happened he made a very interesting discovery.  The butterflies he had not helped grew strong and began laying eggs for new silkworms.  But the butterflies he had helped never grew strong and eventually died.  What happened?  The silkworms need the struggle of getting out of the cocoon in order to experience the great joy of being a butterfly.  (https://soundcloud.com/rabbi-daniel-lapin-show/struggling-striving-is-superior-to-safety-security-72316)

The same is true for us.  Leading dull secure lives with no conflict prevents us from experiencing the great joy of overcoming problems and watching God at work.  Today we will look at a person dealing with personal problems with his brother.  He hopes that economic security will be the answer.  But Jesus knows that economic security is not the path to happiness. And so we will see how Jesus helps him to experience great joy.  We will get to this, but first, let’s pray.

“Grant unto us, O Lord, to be occupied in the mysteries of thy heavenly wisdom, with true progress in piety, to thy glory and our own edification.  Amen.”   (John Calvin)

Luke 12:13 Someone in the crowd said to him, “Teacher, tell my brother to divide the inheritance with me.” 14 Jesus replied, “Man, who appointed me a judge or an arbiter between you?”

A person in the crowd has come to Jesus to settle a dispute with his brother.  They had an argument over their inheritance.   And since in their culture economic livelihood and land, were tied together that wanted the dispute settled.  It was common for a rabbi to serve as a judge and settle simple disputes.  And so Jesus gives this man a standard rabbinic answer.

15 Then he said to them, “Watch out! Be on your guard against all kinds of greed; life does not consist in an abundance of possessions.”

Jesus realizes that the issue presented by this young man was not really about money.  He and his brother had far deeper issues.  Solving the inheritance problem would not solve the real problem.  Jesus was more concerned about this man’s relationship with his brother than with the distribution of inheritance.  And to help heal the relationship between these brothers Jesus told them a story.

16 And he told them this parable: “The ground of a certain rich man yielded an abundant harvest. 17 He thought to himself, ‘What shall I do? I have no place to store my crops.’
18 “Then he said, ‘This is what I’ll do. I will tear down my barns and build bigger ones, and there I will store my surplus grain. 19 And I’ll say to myself, “You have plenty of grain laid up for many years. Take life easy; eat, drink and be merry.”’

Jesus’ story reminds us of the story we heard earlier from the book of Genesis.  In that reading, Joseph had interpreted a dream indicating that there would be seven years of prosperity followed by seven years of famine in Egypt.  So Joseph was put in charge of grain storage for the Egyptians.  He stored mountains of grain in large warehouses for seven years.  Then when the famine hit there was plenty of grain for everyone to eat.  Joseph had done a very wise thing.  He had allowed God to use his abilities to save the people from starvation.  Like Joseph, the farmer in Jesus’ story also did a very wise thing.  He built bigger barns to store his excess grain so that there would be plenty in dry years to come.

But that is not at all what happened.  Let’s listen as Jesus continues his story.

20 “But God said to him, ‘You fool! This very night your life will be demanded from you. Then who will get what you have prepared for yourself?’  21 “This is how it will be with whoever stores up things for themselves but is not rich toward God.”

So according to Jesus, this farmer was not wise in building barns to store excess grain.  Jesus said he was foolish.  So what is happening here?  How can Joseph building grain storage barns be wise, but this farmer doing the same thing is a fool?  Jesus said that he is not rich toward God.  Let’s go back to the Joseph story and see if we can figure this out.

When the seven years of famine came it effected not just Egypt but the surrounding countries as went.  The draught affected Canaan.  And so Joseph’s father sent some of his sons, Joseph’s brothers, to Egypt to buy grain.  Joseph had a very difficult relationship with his brothers.  His father had favored him and gave him a richly decorated coat.  And Joseph had dreams of becoming the head of the family.  This infuriated Joseph’s brothers to the point that they staged his death and sold him into slavery.  As you might imagine, the relationship between Joseph and his brothers was not very good.

And so we now know why Jesus has told this story about bigger barns and excess grain.  He wants the young man who asked the question about inheritance to think not about money, but about his relationship with his brother.  Like Joseph, this man has a conflict with his brother.  So let’s see what happened to Joseph.

When the draught hit Canaan, Jacob sent some of his sons to Egypt.  When they arrived they did not recognize that it was their brother Joseph who was in charge of distributing Egyptian grain, but Joseph knew who they were.  Joseph could have sent them away to certain death from starvation.  And he was probably tempted to do just that.  But he didn’t.  He welcomed his brothers and not only gave them the grain they needed but also land where they could sustain themselves.  Joseph could have cursed his brothers who had sold him into slavery, but he didn’t.  He blessed them and forgave them.  And Joseph gave all the glory to God.

Genesis 45:4 Then Joseph said to his brothers, “Come close to me.” When they had done so, he said, “I am your brother Joseph, the one you sold into Egypt! 5 And now, do not be distressed and do not be angry with yourselves for selling me here, because it was to save lives that God sent me ahead of you. 6 For two years now there has been famine in the land, and for the next five years there will be no plowing and reaping. 7 But God sent me ahead of you to preserve for you a remnant on earth and to save your lives by a great deliverance.[a]

God took the evil of Joseph’s brothers and used it for good.  Joseph realized this and forgave his brothers.  And so they all experienced the great joy of reconciliation.

Genesis 45:14 Then he threw his arms around his brother Benjamin and wept, and Benjamin embraced him, weeping. 15 And he kissed all his brothers and wept over them.

And so we see why the farmer in Jesus’ story was so foolish.  He was foolish not for building barns and storing grain.  He was foolish because unlike Joseph he never reconciled with his brothers before he died.  This was a warning for the young man who had come to Jesus to talk about inheritance.  Jesus warned him to go and be reconciled with his brother before it was too late.  Go and forgive your brother, and like Joseph experience the great joy of reconciliation before you die.  Do this and like Joseph, you will be very wise.

So as you prepare for your future, invest in your IRAs and 401k programs.  Meet with a financial advisor and make sure that you will have a secure retirement.  But the most important investment you can make for your future is to forgive those who have wronged you and seek reconciliation.  Your retirement investments will only give you comfort and security.  Forgiveness and reconciliation will give you great joy. 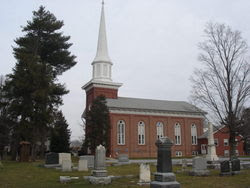